(Refer: 25Ac) Klein eventually pinned the Finn, but was too whacked to contest his ... in the final and lost the gold by default. Perhaps understandably, neither Klein nor Asikainen competed at an Olympics again (5)

These two countries only discovered they had identical flags when they arrived at the 1936 Games, Liechtenstein and ... (5)

Condition Greg Louganis was suffering from when he split his head open on the board mid-dive at the 1988 Seoul Olympics. He went on to win gold (3)

Jujitsu, the sport on which judo is based, was the only samurai martial art that did not involve a ... (6)

12 German city in which the Games were first televised (6)

Based on a reference in Homer’s Odyssey, handball is considered to be one of the  ... sports and debuted in the modern olympics in Berlin 1936 (6)

For further enquiries, please email Margret on margretp@auspacmedia.com.au or call us on 07 5553 3200. 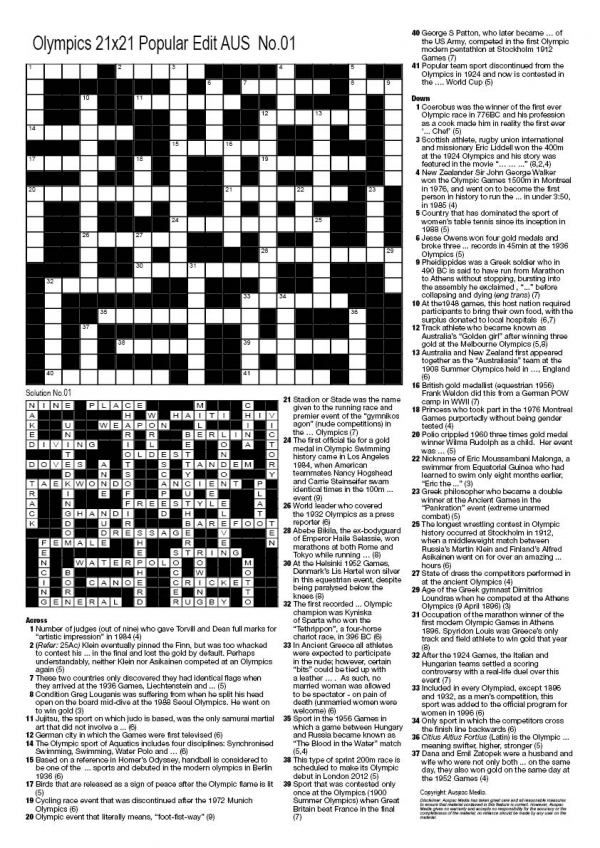