Disipline in which Ryan Bayley became the first Australian to win two individual gold medals, winning both the men\'s sprint and the keirin in Athens

First female to swim 100m in under one minute, winner of four gold and four silver in 1999, she was awarded \'World Athlete of the Century\'

Historically, in the women\'s events, the three most successful nations are _____, Korea and Russia.

For further enquiries, please email Margret on margretp@auspacmedia.com.au or call us on 07 5553 3200. 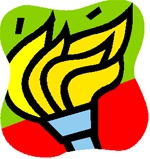